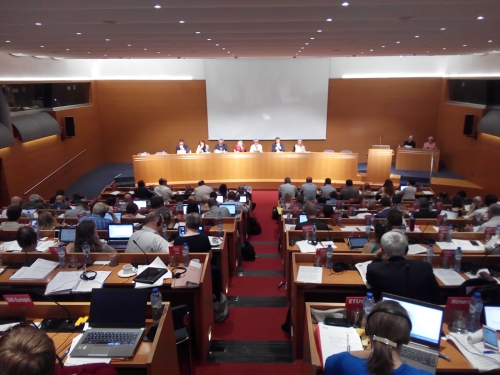 The European Trade Union Confederation (ETUC) expresses its solidarity with its member organisations GSEE and ADEDY, with Greek workers and citizens, at a time of high risks for their country and their people.

Austerity policies have created a profound social and humanitarian crisis. The adjustment programmes imposed by the troika institutions was presented as a means towards a solution to the debt crisis.  Instead it worsened the debt to GDP ratio and rendered the debt unsustainable.  Debt restructuring should be part of the solution.   Uncertainty about the future of the Eurozone has caused economic and political damage all over Europe.

Time is getting tight and the debate is agonising. Will Greece default?  Will Greece remain in the Eurozone? These are the questions dominating European capitals.

A solution is necessary to keep Greece in the Eurozone, secure the stability of the currency without which there will be no investments, no growth, and no job creation in Europe. Leaving Greece to its own devices would also be a dangerous path for the geo-political stability of south-east Europe.

ETUC calls on political leaders to break away from current punitive policies and make decisions based on the interests of workers and citizens across Europe, since they would be the first to suffer if Greece was to default or be forced out of the Eurozone.