Declaration regarding the negotiation between the European Union and Mercosur 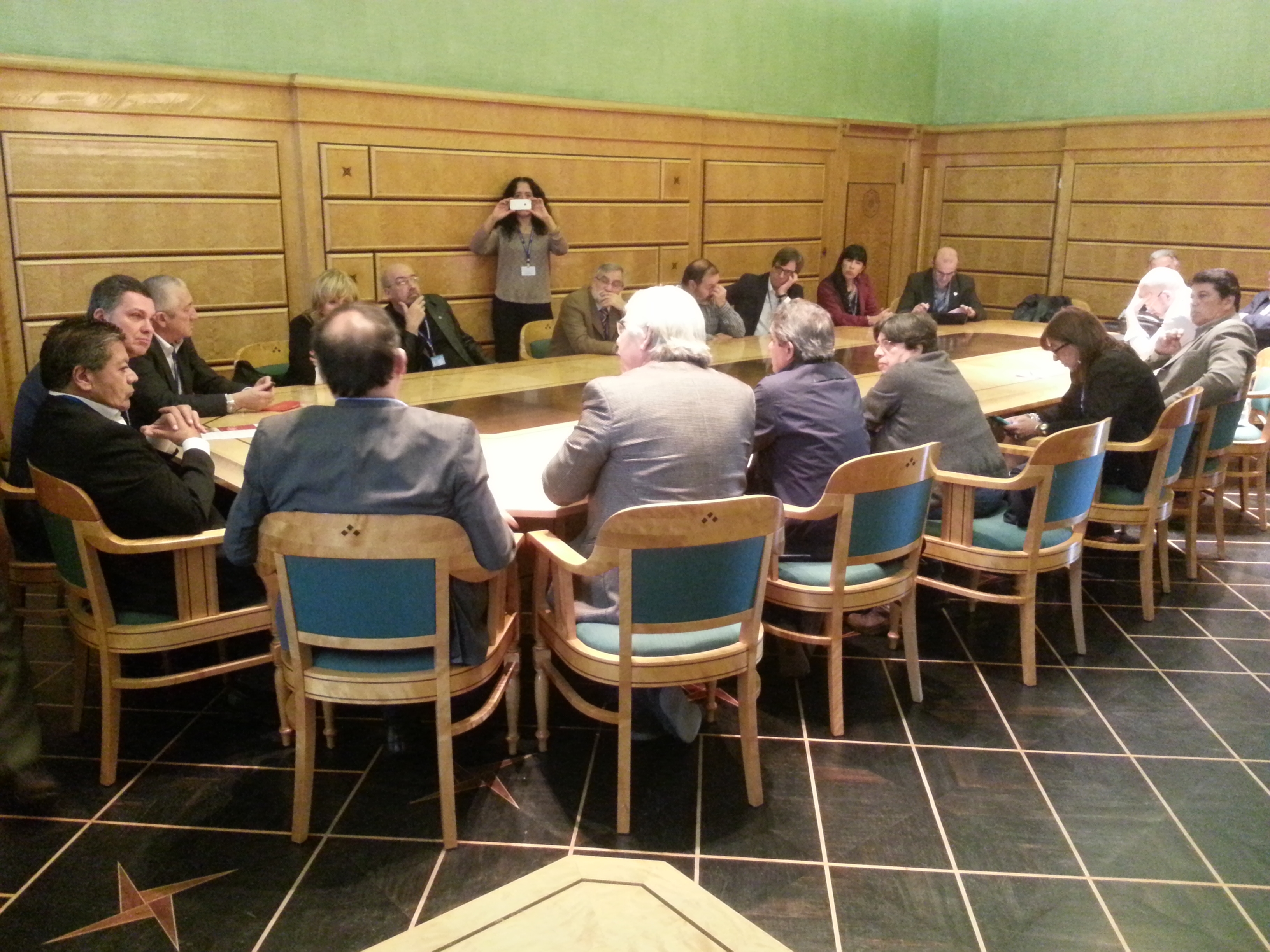 Ahead of the negotiations to establish an Inter-Regional Association between the Southern Common Market (MERCOSUR) and the European Union (EU), we want to hereby make this Joint Trade Union Statement:

The ETUC and the CCSCS have made a follow-up of the different stages of this negotiation, as it is considered of vital importance for the citizenship and for the working class of both regions. In the first stage we organize different meeting and seminars and several Joint Communications were issued September 2001 and April 2004. After the breaking-off of the negotiations, we continued expressing our position on different moments on occasion of the biannual EU – Latin America Trade Union Summits (with the follow-up of the ITUC and the TUCA, Trade Union Confederation of Americas) or in a bilateral way as the communication launched by the CCSCS and the ETUC on December 17th 2012 ahead of the announcement of the retaking of the negotiations.

Recently (last May 10th 2016) the CCSCS and the ETUC have issues a Joint Communication ahead of the offers interchange between the Negotiating Parties in which we demanded above all that these negotiations were transparent and that civil society was entitled to an effective participation. This Declaration is intended to complete and to detail what the Trade Unions put forward in that Communication.

No to a mere free market treaty

We want to propose the authorities from both parties our demand that these negotiations should not hide a mere treaty of free market, just accompanied with good intentions with two minor chapters on issues such as political dialogue and cooperation.

The Trade Union movements in Europe and in the Southern Cone have called in several occasions for a balanced and fair Agreement which provides the opportunity to strengthen the political, economic and cultural relations between both regions, and which is able to boost the respect to human rights, quality employment, sustainable development and democratic values.

The trade union alternatives about development and employment have been broadly distributed by documents of the CCSCS or the investment plan proposed by the European Trade Union Confederation.

We, workers from MERCOSUR and the EU believe that only by following the above-mentioned trend the world economy in general, and that of our countries in particular, will be able to return to a pathway of economic growth, net employment creation, recovery of real salaries and improvement of our working conditions.

In this regard, we believe it is essential to rethink the neoliberal approach of the business negotiations which are being undertaken in order to take into consideration important issues such as the asymmetries existing between the countries and the regions involved, the imperious necessity of including clear clauses such as “special and differential treatment” towards the less developed countries, and the social, labour, and environmental dimensions.

We believe that the lack of these reference in the framework of the ongoing negotiations, far from driven to the convergence in the development levels in our countries and in the life standards of our workers, will eventually deepen the dependency and the asymmetries currently existent.

Whereas this diagnosis is valid in structural terms, it is much more evident in the frame of the current moment of the world economy. As we well know, the world economy is in a deep crisis that started in the USA and which expanded rapidly and dramatically throughout Europe both through financial and commercial channels, and creating havoc in terms of employment and life conditions. Nowadays, the contagious effect has already expanded to the countries in the periphery in general, and those of MERCOSUR in particular. In this context, the liberalization of the goods and services commerce, the investments and the public procurement bring along the risks of deepen rather than cushioning the effects of the international economic crisis.

For this reason, we consider that the free market is not the way for exiting from the international economic crisis, but it is needed the strengthening of the economies and of the effective domestic demand of each of our countries.

Also, we reject the secretiveness and the opacity in the negotiations and we demand urgently to know the content in the market accession offers with the aim of providing the greatest informative transparency towards the public opinion.

We demand a formal, real and effective consultation process of the negotiation teams with the civil society representatives, especially with European Economic and Social Committee (EESC)

We also demand that the trade union movement of both regions, represented by the CCSCS and the ETUC takes part in the negotiation sessions and their voice is mandatory with the aim of protecting the interest of the workers of both regions.

In case the negotiations move forward, we consider essential unavoidable to include in the frame of the agreement the following topics:

g)         The exclusion of any clause linked to the protection of investments and the transfer of jurisdiction in case of conflicts between foreign investors and national states in both regions, as they are both sovereignty prerogatives of the national states.

h)         The exclusion of the offer to access markets of health and education services, as neither of them are commodities but rights of our peoples.

i)         Given that public procurement is one of the fundamental policies national states have in order to encourage the development of local industries, it is necessary to restrict access by making it conditional to the respect of the national legal framework and to the guarantee of respect of social rights.

Furthermore, we recall the EU and MERCOSUR authorities that a consensus was reached in the previous negotiation phase on some points raised by the unions, namely:

Furthermore, we reiterate the validity and relevance of most of the points contained in our proposal of a "Labour and Social Chapter ", which was presented to the negotiating committee. Among these, it is worth highlighting the following points:

ETUC and CCSCS continue to defend the workers' demands, as well as the general principle that relations between the EU and MERCOSUR should contribute to building development models that are more balanced economically, with greater cohesion, social justice and the guarantee of respect for the environment.

As on many other occasions the organized labour movement will rise to the challenge. We expect the same from our governments.