Declaration of Joint Principles ETUC/AFL-CIO - TTIP must work for the people,or it won't work at all 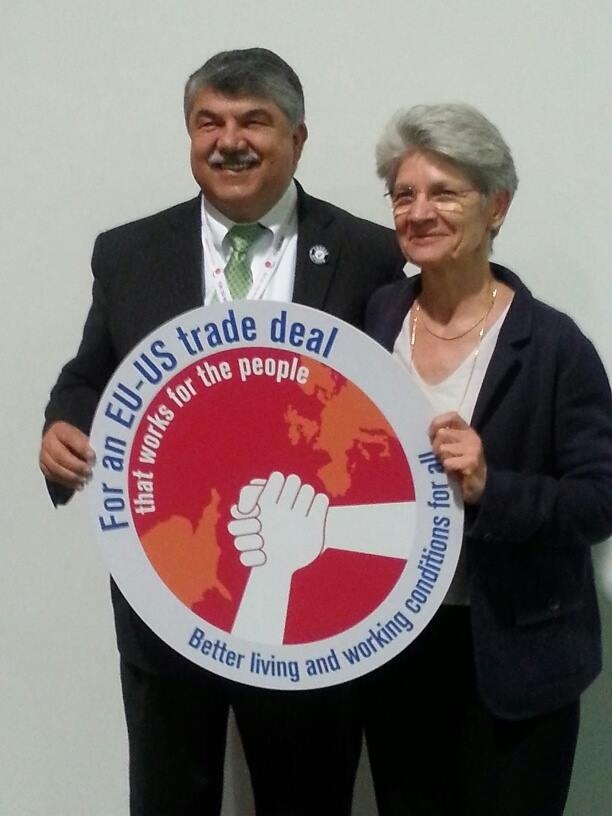 Ahead of EU-US trade negotiations the American and European trade unions – AFL-CIO and ETUC  have issued a Declaration of Joint Principles.

“The AFL-CIO and ETUC demand a commitment from the E.U. and U.S. to achieve a “gold standard” agreement that improves living and working conditions on both sides of the Atlantic and guards against any attempt to use the agreement to lower standards or impinge on democratic decision making.  The risk of the current model of trade and economic integration agreements to democratic decision making cannot be overstated.  The U.S. has already lost state-to-state challenges to its anti-smoking, meat labelling, and tuna labelling policies and even now, European multinationals are using the investor-to-state system to challenge decisions to phase out nuclear energy and raise minimum wages.  Simply put, these policies are part of a government’s most basic responsibility to promote the general welfare of its people.”