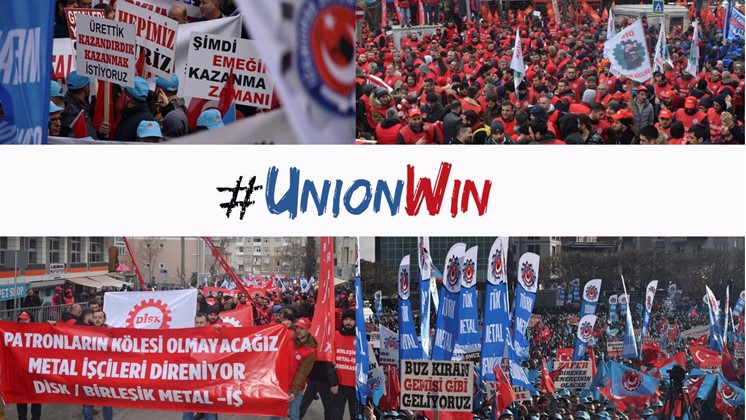 The agreement between the Turkish Employers’ Association of Metal Industries (MESS) and Türk Metal, Birleşik Metal-İş and Özçelik-İş is valid for two years, backdated from September 2019.  It brings a wage rise of 17% during the first six-month period and 6% in the second six months, with a further increase if inflation exceeds 6%. Together with a 20% boost in benefits, workers will gain an overall package worth some 25.5%.

"We congratulate our three Turkish metal affiliates for the excellent result they have reached in this collective bargaining round,” said IndustriAll Europe’s General Secretary Luc Triangle “Europe is currently discussing ways to strengthen collective bargaining as a tool to tackle growing inequality, and this agreement is in line with this objective. Our trade unions campaigned for a fair agreement, and that’s what they achieved.”