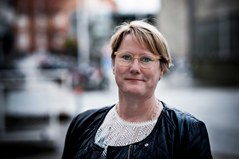 Trade unions in Denmark are in dialogue with employers and the government on ways to improve security and working conditions for workers in the ‘sharing economy’.

According to Bente Sorgenfrey, President of the Confederation of Professionals in Denmark (FTF), which represents 450,000 employees, the sharing economy has so far been a “wild west with no regulation of working conditions or taxation”. Rather than outlaw companies like Uber and Airbnb, the Danish government says it wants to work with social partners to bring digital platforms into line with tax, social protection and labour laws.

Most Danes fear that the platform economy can lead to a society with more temporary workers suffering from low pay and bad working conditions, although it is estimated that about one-fifth of the population has either offered or used such services. The FTF welcomes the government’s proposal for dialogue, but is concerned that so far, its strategy gives low priority to workers’ rights.

“If we want to create safe frameworks for people working on the digital platforms, employers, employees and the government need to work together,” confirmed Bente Sorgenfrey, urging the government to take tougher measures to secure tax revenue from the sharing economy.