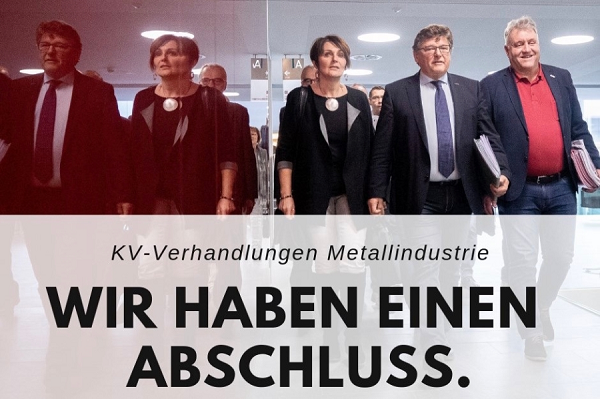 Collective bargaining in Austria has brought positive results for workers in the metal and railway sectors.

A trade union agreement with the Association of Metal Industries will mean significant wage and salary increases of 3% to 4.3%, or at least €1,120 per year. Apprentices in particular will benefit from a pay hike of up to 16%. Some 6,600 apprentices in the metal-working industry will get an increase in their first year of €100 euros to raise their earnings to €719, rising to €920 in the second, €1,204 in the third and €1,590 in the fourth year of training.

The deal also includes an overtime premium, and states that driving time must be paid as working hours. “Thanks to the great commitment of the workers' councils and the solidarity of the employees in the companies, this has been an important step for the metal industry," explained the two chief negotiators Rainer Wimmer (PRO-GE) and Karl Dürtscher (GPA-djp).

At the same time, Austrian railway operators have agreed a pay rise of 3.4%, backdated to 1 July, plus further improvements to working conditions. Depending on the collective agreement, employees are entitled to a time supplement for night work or additional leave of up to seven days to cope with special burdens. Some 1,600 railway apprentices will also benefit, with an average pay rise of 6.5%  from 3 January.