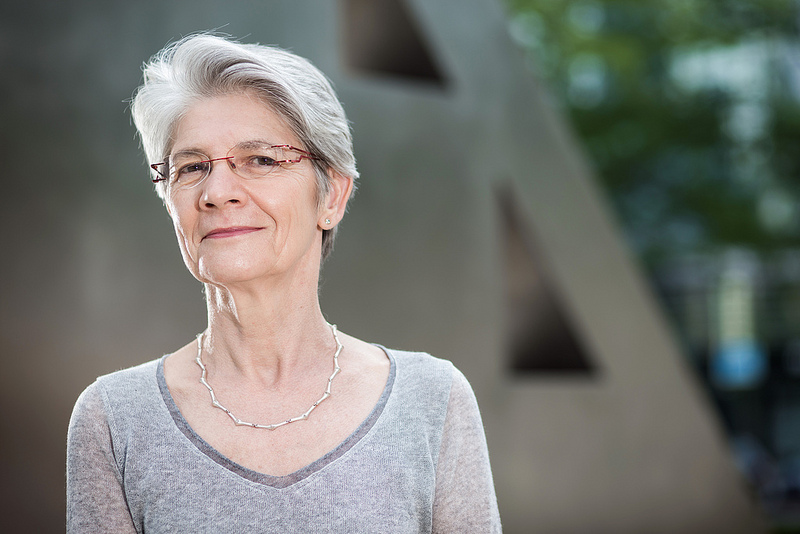 Speech given by Bernadette Ségol, General Secretary of the ETUC

Thank you for inviting me to this conference on an important and increasingly political subject.

I must say that when I was asked to address the question “what is the lowdown on the negotiating positions?"  I wondered whether you shouldn’t be asking the successors to the Washington Post’s Woodstein dream-team.

I’m afraid I don’t have a Deep Throat inside DG Trade.

Though I wouldn’t put it past the NSA.

Joking apart, transparency is an issue.  A big and growing issue.

The Commission has taken –under some pressure by us among others- a number of initiatives that move in the right direction.  We welcome its publication of some initial position papers; its organisation of stakeholder meetings; and its establishment of an advisory group including trade union and NGO as well as industry representatives.

But as Sam Gompers, the US trade union giant of the beginning of last century said when asked what labour wanted, he replied “More”.  The decision to freeze negotiations on investment protection while a three-month consultation is conducted is a good step. I shall return to ISDS a little later.

At the same time, this approach should apply to other aspects of the negotiations. In particular, legitimate fears concerning the preservation of our public services may be allayed if there were transparency in respect of lists of such services that may be open to the market.

President Obama a couple of weeks ago asked us to wait until we see the whole deal.  Commissioner De Gucht echoes that.  But “trust us” doesn’t wash anymore. We need to follow the negotiators; to let them know when they’re going wrong; and to get them to change course so as to avoid a massive negative campaign at the end of the process.

And transparency is not just an issue for interested organisations such as the European Trade Union Confederation and other stakeholders, but it seems also for our political decision–makers.

I am told that the US Trade Representative denies the Commission the possibility of giving our Member States and the European Parliament a sight of his negotiating proposals - because he doesn’t inform his own Congress.

This is dysfunctional.  And, on top of an opaque system, we are subject to briefing and counter-briefing.

Tariffs are a case in point.  Although TTIP is not primarily focussed on eliminating tariffs, which on average are low, the vast scale of transatlantic trade means that even a small change can have a very significant effect.

We hear that the Commission has frozen discussions on this because of a derisory offer from the US.

But the spin around President Obama’s visit to Brussels the other day was that it was the US who wanted to dismantle all tariff barriers.

In any event, the TTIP will be judged on its ability to create growth and decent jobs without undermining our social and environmental preferences or democratic principles.

We have yet to be convinced about figures that have been floated for TTIP on GDP growth.  And claiming that every family will be 545 Euros better off will only prompt people to ask where they can collect their cheque.

Unfortunately the Commission can’t currently tell us how many, if any, jobs would be created, and where, by sector or geographically.  A Sustainability Impact Assessment has just been initiated. But it should be linked organically to the negotiations as they progress, and should involve our unions, particularly at sectoral level.

A TTIP result that benefits shareholders at the expense of producers, and indeed consumers, will not be acceptable. There inevitably will be losers, and we require concrete instruments to facilitate positive adjustment.

Any deal must not undermine labour standards.  Rather it should help enhance them.  We are looking towards achieving a “gold standard” for labour rights that can set an example for all trade and investment deals.

The labour provisions must reflect the best standards available, as set down in Conventions of the International Labour Organisation.

Linking labour rights to trade isn’t a partisan demand.  President Sarkozy called for this, famously in his address to the International Labour Conference in June 2009.

A way must be found to get the United States to commit to implementing international standards, even though it has only ratified two of the eight core ILO standards - and few others.

Any labour provisions must apply at sub-federal level. We must ensure for example that the scandalous behaviour of the authorities in Tennessee to stop the establishment of a works council in the VW Chattanooga plant isn’t ever repeated.

And the labour provisions must be enforceable.  There must be “consequences” if a party doesn’t respect its obligations.  The US is in advance to Europe in this respect – though the arrangements, which were reached during the George W Bush administration, need updating and strengthening.

Earlier I spoke of the need to protect our democratic principles.  This brings me to the issue of investor protection. We welcomed the decision to consult on Investor-State Dispute Settlement, though the format of the consultation does raise deep questions.  The right to regulate in a democratic society must be indivisible and we do not accept that investor’s interests and democratic decisions are to be “balanced”.

Mr De Gucht the other day seemed to be saying that the whole deal could fall if ISDS in TTIP is rejected. I would warn him to never say never.  The Commission’s mandate on this is hedged with conditions.  France and Germany are negative.  I expect that the UK would join them – though the Brits seem to be rejecting anything to do with Brussels nowadays.

But there is a wider problem here.  The EU should have a proper investment policy, as an outcome of the Lisbon Treaty – which incidentally we welcomed for adding EU and European Parliament competences.  That policy should not be made on the hoof, smuggled in on the back of ongoing negotiations.

We are working on our response to the consultation and I do not want to pre-empt this.  But, maybe it would be wise just to leave out this issue until such time as a properly thought-out position is calmly worked out?

Another area linked to governance is regulatory coherence.

We welcome the Commissioner’s commitment not to undermine standards, or the way in which they are set, with parliamentary oversight and stakeholder input.

USTR arguments that their system of regulation is better than ours certainly isn't a unanimous view in the US.  Labour, consumer and environmental groups there strongly favour the EU system against theirs which is business-dominated, cumbersome and overly litigious.

Europe has shown the way in a number of areas: a prime example is REACH for the registration and evaluation of chemicals. Our ban on asbestos is an example to the world.  Our precautionary principle and the reversal of the burden of proof set guarantees.

We don’t claim that everything here is perfect or even always best.  There are undoubtedly savings to be made through eliminating barriers that are truly technical, and not cultural.

And we are fully aware that, working together, the EU and US have the capability to set “gold standards” for the well-being of our citizens that will also become those that the rest of the world would follow.  That could be an advance towards rejoining the multilateral approach that we have always favoured.

10.04.2014
Speech
In Trade, TTIP, Transatlantic dialogue
A TTIP result that benefits shareholders at the expense of producers, and indeed consumers, will not be acceptable. There inevitably will be losers, and we require concrete instruments to facilitate positive adjustment. Any deal must not undermine labour standards. Rather it should help enhance them. We are looking towards achieving a “gold standard” for labour rights that can set an example for all trade and investment deals.
Print