The European Trade Union Confederation (ETUC) is launching a call for the EU and national governments to do more to support workplace health and safety reps to tackle back, neck and shoulder pain.

Back, neck and shoulder pain (alongside pain in other joints such as hands, elbows and knees) - known collectively and technically as musculoskeletal disorders (or MSDs) – are the most common work-related disease in Europe. The most common causes are repetitive hand or arm movements, and sitting for long periods of time.

European Directives put obligations on employers to prevent such disorders. In 2007, the European Commission ran a consultation on possible health and safety actions, including new legislation. Progress was suspended pending a review of EU directives in 2014-15. Nothing has happened since: no further action has been taken.

Of particular concern are reports from trade unions that existing rights to consultation with workers are often ignored, and health and safety enforcement agencies are failing to take action to remedy this.

“The EU needs to act to enforce existing legislation” said Esther Lynch, ETUC Confederal Secretary, “and if necessary take new measures to end the costly plague of back, neck and shoulder pain. What is needed is proper risk assessment and involvement of workers and their safety reps in all workplaces.”

“Health and safety is not red tape” said Esther Lynch. “Action is needed to save working people from unnecessary suffering, and save businesses from avoidable sick leave and compensation claims. The European Union cannot brush this under the carpet in the name of better regulation. What working people need is better protection and enforcement of at least existing legislation.”

To support workers and trade union health and safety reps to take up issues related to musculoskeletal disorders the ETUC and the European Trade Union Institute (ETUI) have produced infographic posters ‘Because work shouldn’t hurt’ highlighting the fact that ‘EU legislation gives you a right to risk assessment’ and encouraging workers to ‘talk to your safety representative’.

The call and posters were launched at the European Conference on Ergonomics, in Brussels on the 26 and 27 June, organised by the European Federation of Ergonomics and the ETUI. 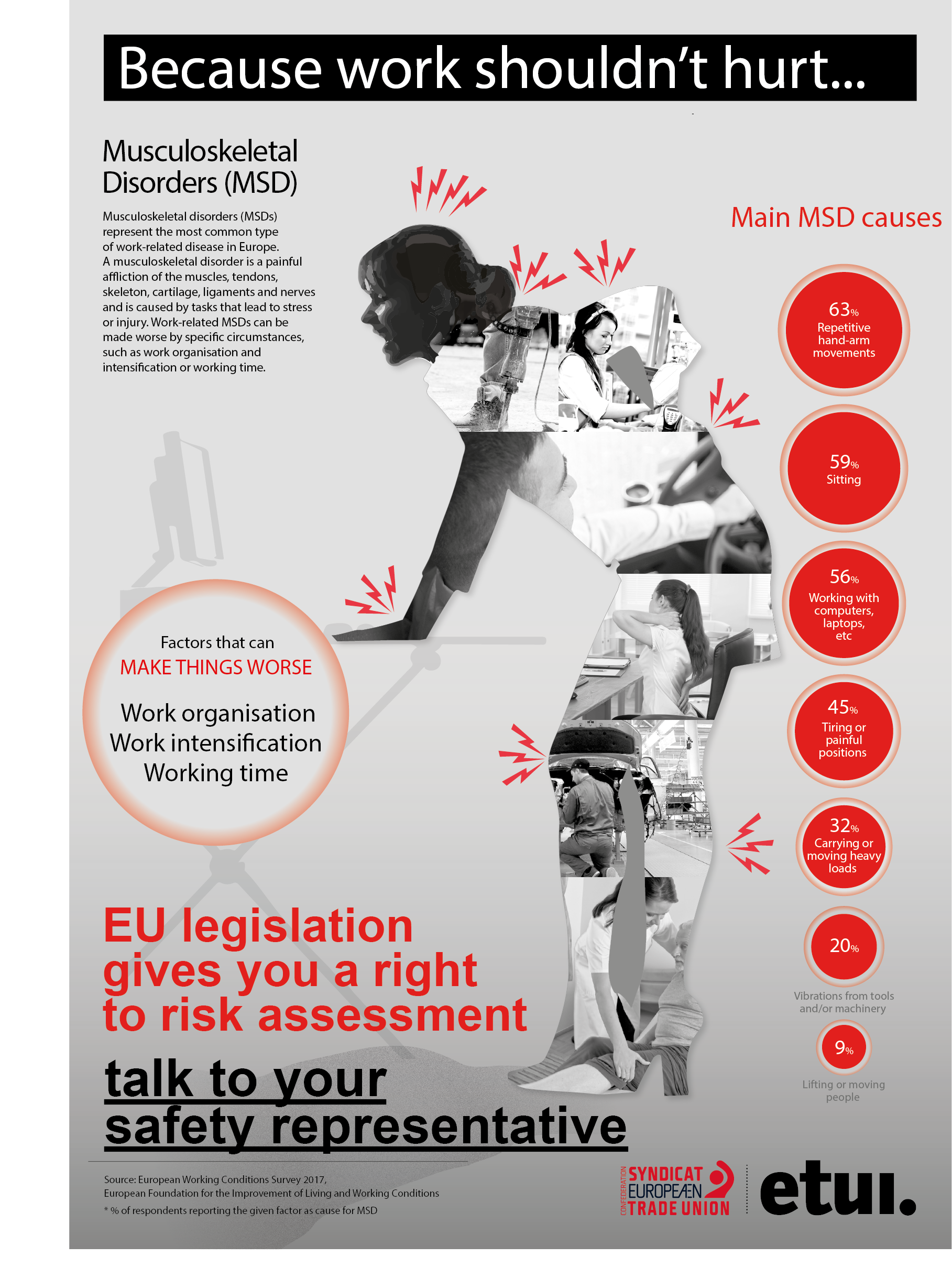