A construction worker who has been waiting three years for over €8,000 in unpaid wages is among the cases of exploitation of posted workers which the European Trade Union Confederation (ETUC) is today announcing will be referred to the new European Labour Authority (ELA) for investigation.

The ELA, which will be launched in Brussels tomorrow (October 16) by European Commission President Jean-Claude Juncker, will support member states in enforcing EU employment rules including those which say workers sent temporarily from one EU country should receive the same pay and conditions as local workers.

Ahead of the launch, the ETUC and the European Federation of Building and Woodworkers (EFBWW) are publishing details of nine cases involving the abuse of hundreds of vulnerable workers which will be filed with ELA for investigation as soon as possible.

The cases, which are typical of the widespread abuse of posted workers, include:

The cases concern workers being sent from Poland, the Czech Republic, Bulgaria, Slovakia and Slovenia to work in Germany, Austria and Denmark. A summary of all nine cases are published below.

ETUC Deputy General Secretary Per Hilmersson, trade union representative on the management board of the ELA, said:

“Too many posted workers find themselves being underpaid and denied basic rights. This is the downside of free movement for services on the EU internal market.

“Trade unions successfully fought for changes to EU rules to ensure equal pay and rights for posted workers and the new European Labour Authority should play a crucial role in ensuring they are vigorously upheld.

“We need to see a crackdown on rogue employers who are making big profits from social dumping at the expense of vulnerable workers and public trust in freedom of movement.”

“We welcome the setting up of the European Labour Authority and we will work with it to get a fair deal for working people.”

“It’s a sad fact that posting and freedom of movement has created a substantial industry profiting from the exploitation of workers with bogus companies, bogus self-employment and relying on local lack of knowledge of social security, pension, health and other contributions systems in other countries. The European Labour Agency should help to tackle this cross-border fraud.

Summary of cases being referred for investigation

A Serbian citizen was posted from Slovenia to Germany to work on pipe and heating installation on building sites in Heidelberg and Hagen between July and October 2016. The employer only paid half of the worker’s wages in the first month and promised the rest would be delivered when the job was completed. The worker has now been waiting for the money - €8,120.90 gross - for over three years. The employer has since gone bankrupt and the contractor is refusing to pay.

A Czech scaffolding company has sent 45 workers to Copenhagen for the past two years. The Czech workers are being paid 135 Kroner per hour whereas local workers earn 220 Kroner per hour. The wage apparently includes social security contributions which should not be part of their wages. The unions want the ELA to rule on whether social security contributions should be counted as part of their wages.

Two Bosnian workers and two North Macedonian workers were posted from Slovenia to Germany by a letterbox company to work in Müllheim for two months (November and December 2017) on construction projects like digging canals, laying telephone cabals and asphalting. The workers received half of their salary in November, but nothing in December. The letterbox company that posted them has gone bankrupt and the contractor is refusing to pay.

A Polish company providing bricklayers has sent 10 workers to sites in Copenhagen. Workers have been told by the company, which has been involved in other labour court cases in Poland, that they are not allowed to speak to trade unions. The company have said that social security contributions are part of the workers wages, rather than a separate and additional payment. Unions want ELA to rule on whether these are social security payments, and therefore on whether they cannot be considered  to be part of the wage.

A group of 31 construction workers from Bosnia and Croatia were posted by a Slovenian company to Austria. They were supposed to be working on the same site in Austria, but unions believe that they are more likely to have been sent to different sites across the country and that there is a high risk of their wages going unpaid. In addition, the company did not comply with Slovenian law for registering the posted workers. This may have a serious impact on their social security and pension contributions when they return.

A company registered at an accountancy office in Slovenia has posted 391 workers, almost all of whom are Bosnian, to Germany since 2011. It is believed the workers are not receiving the minimum wage or paid holiday. Despite that the workers fear losing the work because they are heavily dependent on the jobs. The company has not registered any economic activity in Slovenia and the unions believe this is a case of bogus posting.

A dozen Bulgarian workers were sent to Germany to work on construction of apartment buildings between January and August 2019. Workers contacted a trade union to say they had not received any wages since June. After the intervention of the union, the workers were paid €1,350. But their outstanding wages were in fact €9,766. It is also fear that the company has failed to pay the necessary taxes and social security contributions in Bulgaria.

A Slovakian company has sent 167 workers to Germany since 2013. It is unknown whether the company is paying the minimum wage and it is believed to be using bogus self-employment to avoid paying benefits such as holiday pay. The company is also being investigated by the German social security office.

A Slovenian company has sent 113 workers, most of whom are Serbian residents, to work on construction sites in Germany. It is likely the company is a front for a separate Serbian-based company, which has sent 1,500 posted workers, in order to get around German limits on the number of workers who can be sent. It seems unlikely that the workers involved have received the minimum wage or holiday pay. 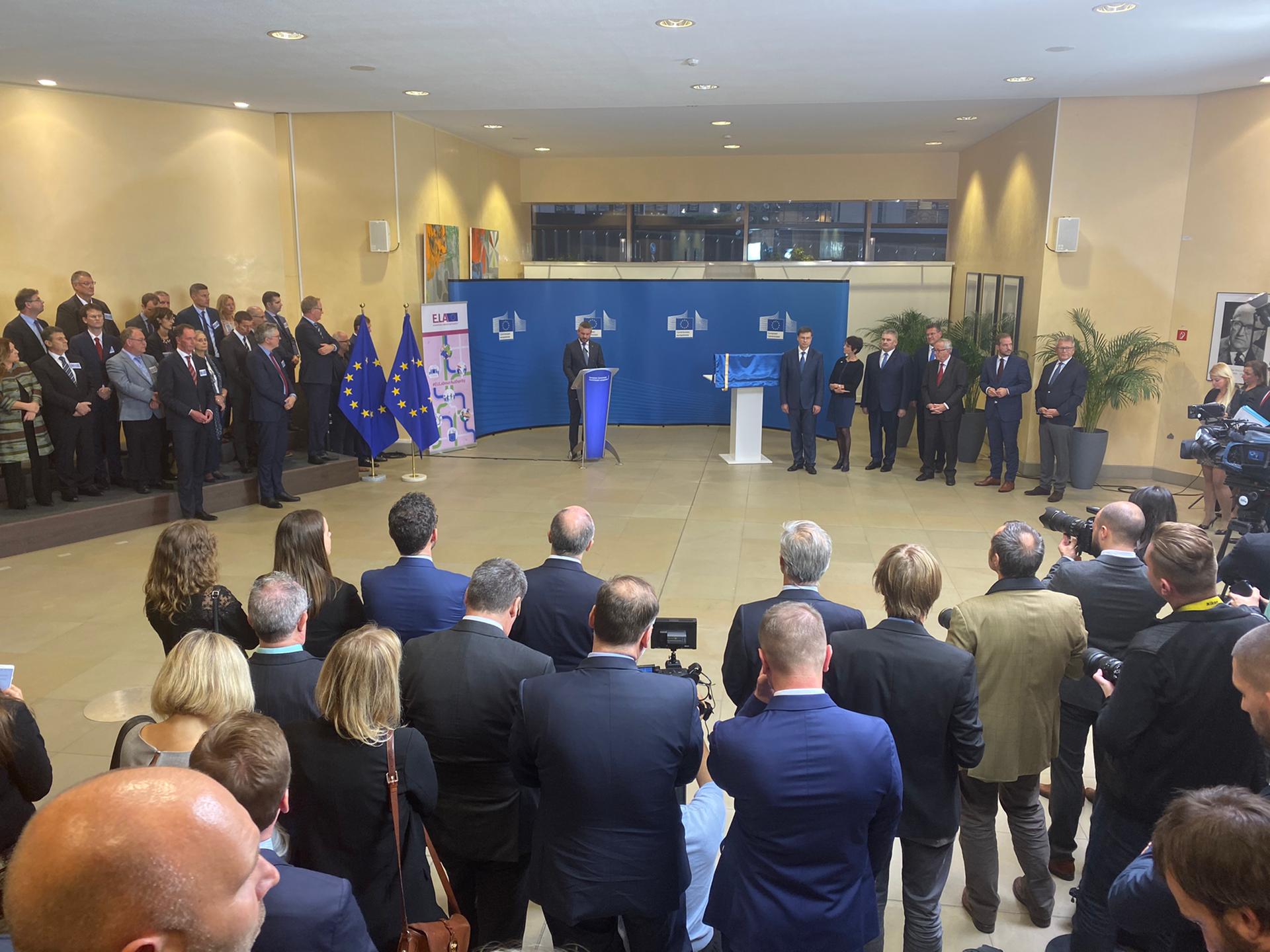