ETUC General Secretary Luca Visentini has challenged European leaders to turn their warm words over social rights into action ahead of the EU’s Social Summit in Porto tomorrow.

Speaking at an ETUC event in Porto on the eve of the summit, which was attended by Portuguese Prime Minister Antonio Costa and European Commissioner for Social Rights Nicolas Schmit, Mr Visentini said member states had not taken enough action to implement the European Pillar of Social Rights since it was launched in 2017.

He said: “Inequalities have not been addressed. There are still incredible social and economic divergences in too many of the European countries. That’s why we’re happy that during the pandemic the European Commission decided to push forward an action plan for the implementation of the Social Pillar. We cannot go back to business as usual after this crisis. We want to build a new economic model – no more austerity, no more cuts but sustainable and inclusive.”

However, Mr Visentini said the Pillar of Social Rights must be transformed into social legislation backed up by the necessary funding, adding: “All the rest is blah, blah.”

“We have to be very clear that legislation and money are the only things that can really make a difference. All the rest is blah, blah. I want to be very blunt. It means the multi annual financial framework, recovery plans at the national level, every kind of initiative, including the common agriculture policy of the EU – everything must be social. Everything must be devoted to reaching these targets and it’s not yet like that.”

He added: “Tomorrow in the social summit we will have a decent and ambitious declaration that all of us will commit to sign and to implement. We need also to put pressure on all member states to make sure this happens that also means the council conclusions are in the same direction. Then, after that, we really need to act. We really need to act to ensure we can implement all of this in practice.”

Without a strong social element, Mr Visentini warned European leaders would fail in their promise to come through the pandemic, green and digital transitions without leaving anyone behind. He said:

“Without a social dimension, the climate and the digital transition will fail. Or will create again social and economic deserts in many areas of the European Union. We have too many examples in the past of communities where jobs have been destroyed because of climate change, because of digitalisation, because of automation, because of globalisation and restructuring, and we have not taken care of the people.

“We have offered jobs 1000 kilometres from their community, and we have offered training – but we have trained armies of unemployed people. Is this what we want to do to manage the climate and digital transitions? No. We want a just transition that means we have to create jobs in the same communities where the jobs have been disrupted.”

The ETUC applauds the Portuguese presidency for putting social issues front and centre of the political agenda by calling tomorrow’s social summit and will seek strong commitments from EU institutions and member states to implement social rights promised by the EU including fair wages, secure employment, skills training, work-life balance and gender equality.

All the speeches from the ETUC event can be watched at: https://www.youtube.com/watch?v=5RPYFJZsG0w 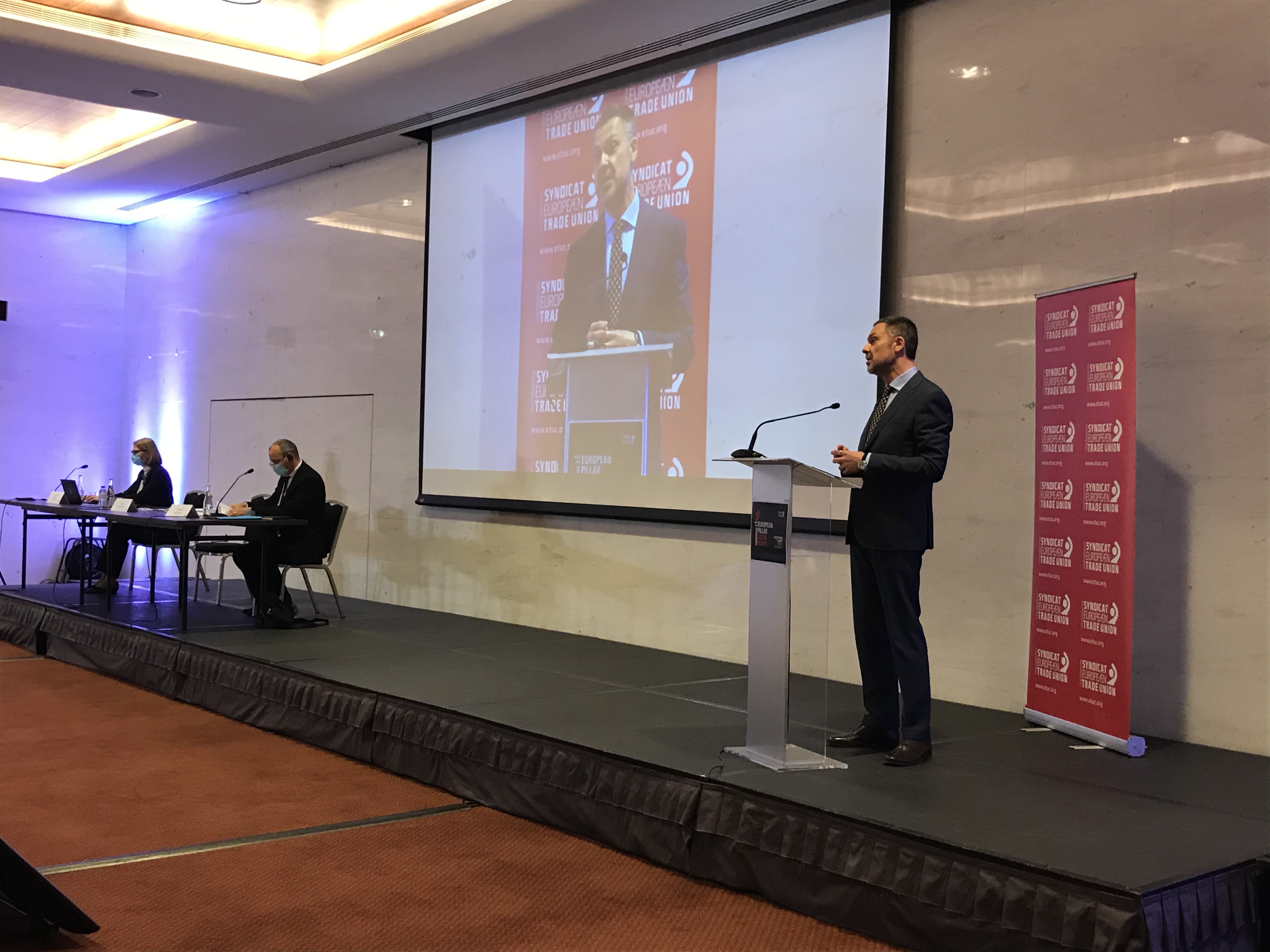