EU needs to fix its violence and harassment problem

EU institutions are significantly delaying important measures to tackle gender-based violence despite a rise in the number of attacks, trade unions are warning on the international day for the elimination of violence against women.

Stronger protections for women are urgently needed following the Covid crisis, during which the number of reported incidents of violence against women increased significantly. That included a spike in violence towards frontline women workers as well as domestic violence and online harassment facilitated by intrusive surveillance software being used by some companies.

However, three important initiatives are currently blocked at European level:

The ETUC calls on all Member states to follow the leadership of Greece and Italy and to ratify the ILO Convention as a matter of urgency.

The European Commission should today name a new date for its proposal to tackle gender-based violence and ensure that they reflect the important role of trade unions and collective bargaining in eradicating violence against women workers. The ETUC is concerned that this was not mentioned in the Commission’s consultation on the issue.

“While women face increasingly frequent violence and harassment, Europe is putting unnecessary political and legal wrangling ahead of action needed make workplaces violence and harassment free zones. There will be a lot of well-meaning messages coming from EU leaders today, but they will be judged on their deeds not words.

“Member states should follow Greece and Italy in ratifying the ILO convention 190 and we urge EU leaders today to make it a priority to stop violence against women. That includes empowering women workers to make the physical and digital workplaces violence and harassment free zones through trade unions and collective bargaining.

“Women working on the Covid frontline, particularly carers, transport workers, shop assistants and cleaners, have faced increased abuse during the pandemic while those working from home have faced new forms of cyber harassment. They need stronger and better enforced protections now.” 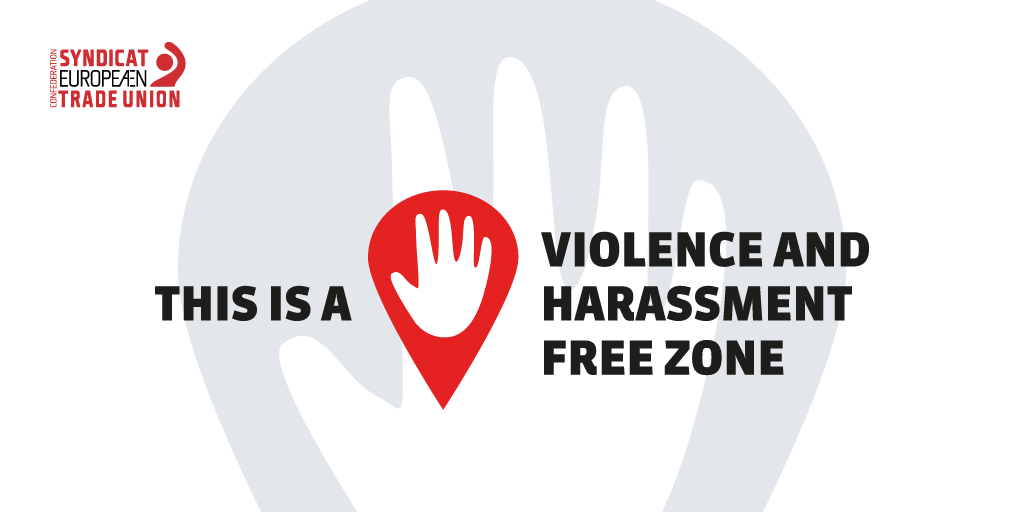