Digital giants must pay their fair share of taxes

Responding favourably to the European Commission’s proposal today for a 3% minimum tax on revenues of large digital companies such as the GAFAs (Google, Apple, Facebook, Amazon), the ETUC calls on the EU and all Member States to ensure that “digital value” is taxed where it is created.

By setting up subsidiaries in low-tax countries or exploiting tax havens, digital companies have up to now been able to minimise tax on revenues generated in the EU. According to estimates, the EU has lost €5 billion in tax from Google and Facebook over the last three years. Public authorities must be able to benefit from a fair share of this massive wealth, to pay for the vital services and infrastructure these companies depend on.

“Taxes should not be paid only by those who cannot evade them,” said ETUC Deputy General Secretary Katja Lehto-Komulainen. “Taxation where value is created is a fair way to split fiscal responsibilities.

“Increased tax revenue is, ultimately, in the interests of business itself as a higher total tax revenue can lead to a lower overall taxation.

“Last Thursday, the European Parliament rightly pointed the finger at competition between some specific Member States’ corporate tax systems within the single market. We welcome this added clarity and reiterate calls for a fair and level playing field.”

Said ETUC Confederal Secretary Thiébaut Weber: “Our tax systems must be able to catch value where it is created, which is increasingly done online in the digital economy. This is not about retaliatory trade measures against the US, but about modernising Europe’s tax systems to meet the reality of the digital economy and ensure it contributes to the common good and to our social welfare.”

3% is a temporary step in the right direction pending agreement on a broader EU Common Consolidated Corporate Tax Base (CCCTB) also covering digital assets, imposing equal rules on all companies, small and large, and ensuring fair competition between both businesses and Member States. 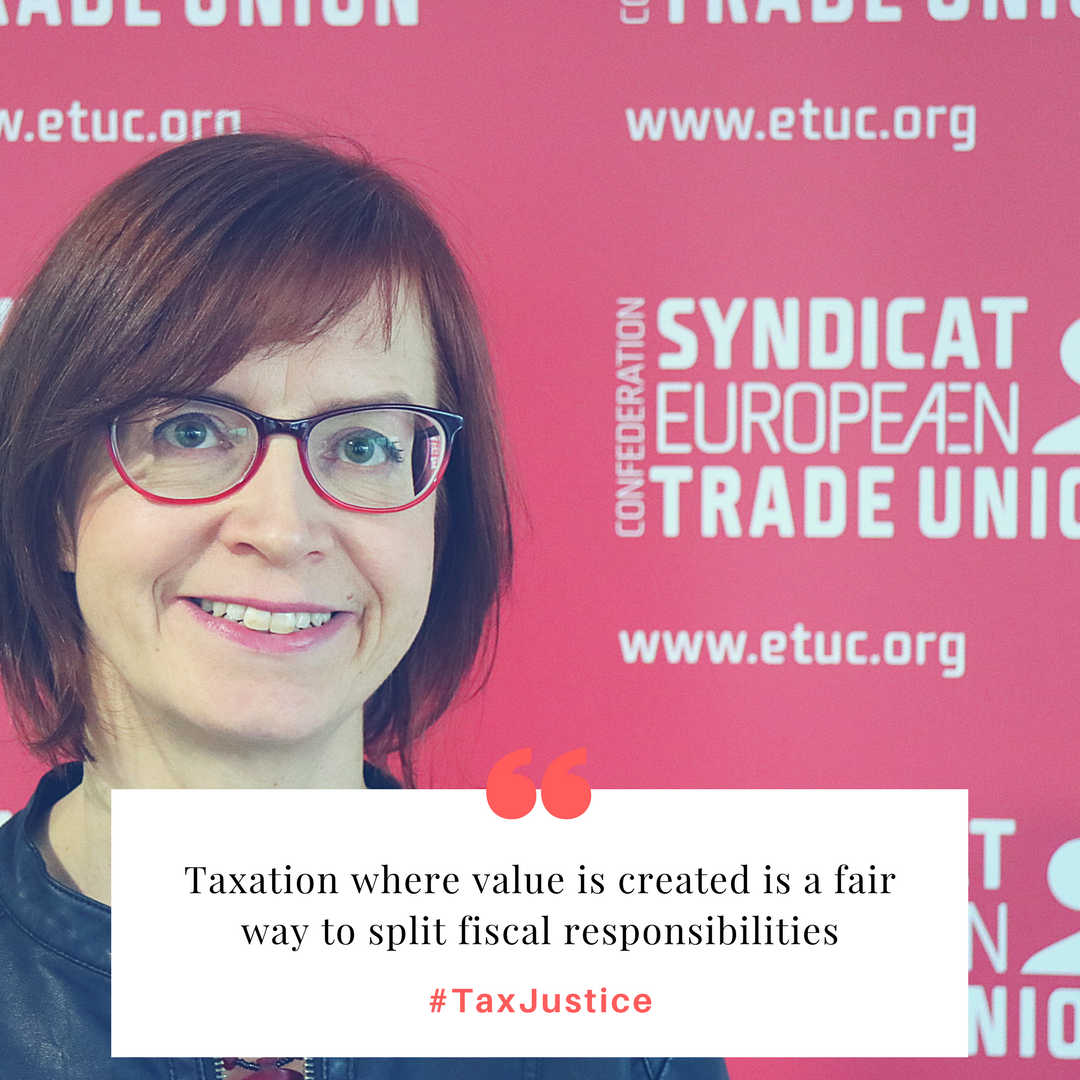