The European Trade Union Confederation (ETUC) and the three Belgian unions, with the support of German union DGB and Austrian union ÖGB, kicked off 10 days of lobbying and social media activity to get the proposed 'European Pillar of Social Rights' adopted at the EU summit in Gothenburg on November 17 by projecting a stark message to the European Union last night.

"Time is running out for the EU to deliver for working people" was the message projected onto the ‘Berlaymont’ HQ of the European Commission in Brussels.

Trade unions across Europe want adoption of the social pillar to be followed up by the EU putting the new rights - such as fair wages and secure employment - into practice.

The ETUC has identified 10 building blocks to turn the nice words in the European Pillar of Social Rights into real improvements in the lives of working people, including an EU action plan for implementation, new EU laws, investment and better EU economic policy that delivers social not just fiscal objectives.

The unions have launched a new website https://socialrightsfirst.eu/ calling for a ‘A better Europe for working people: a stronger Pillar of Social Rights’. 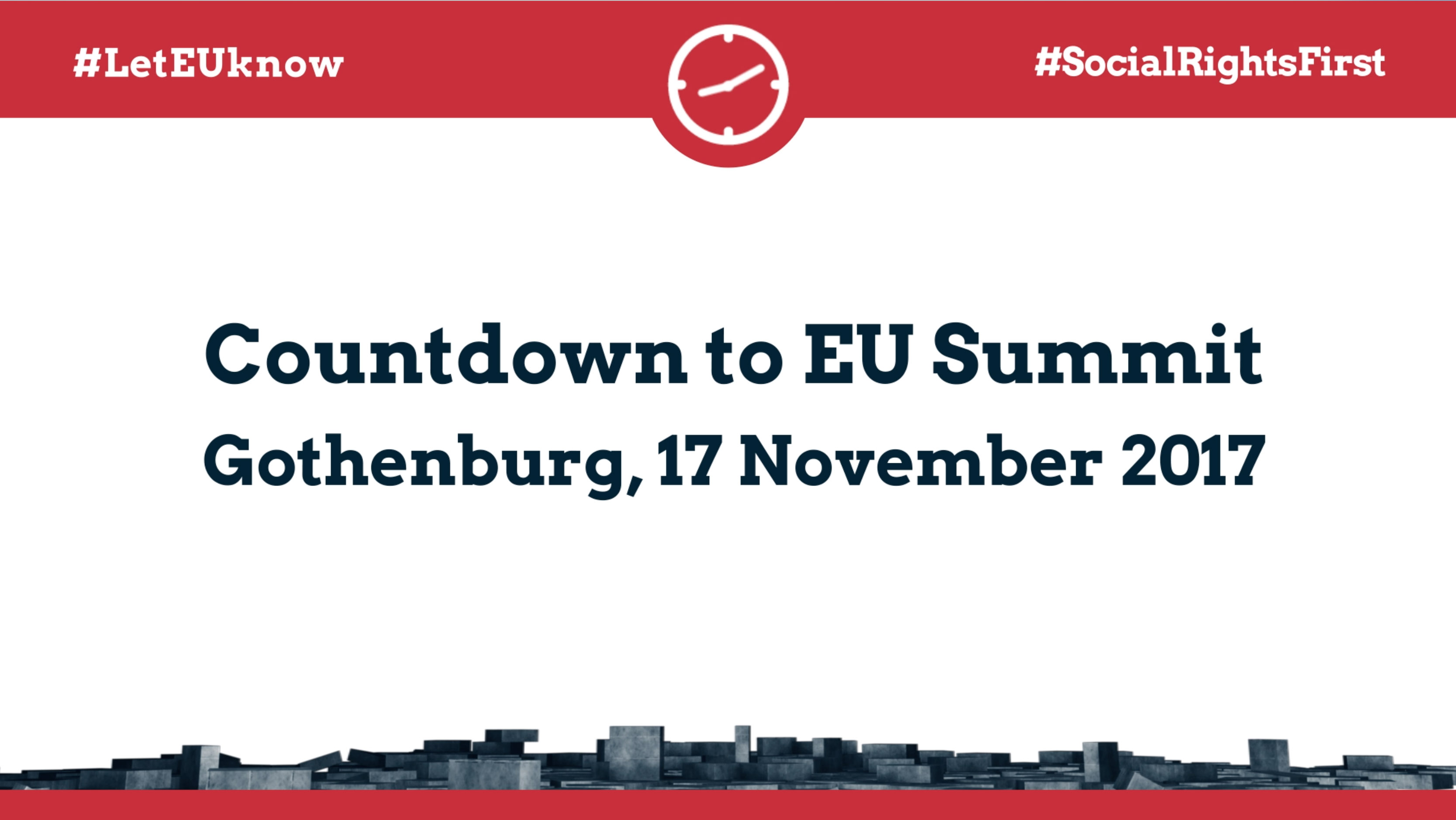