Pay rise in Lithuania, but minimum wage still too low 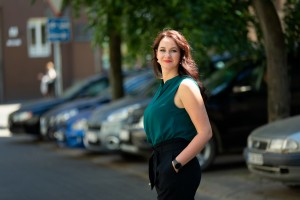 Complicated bargaining in the Tripartite Council of the Republic of Lithuania led to the agreement. Despite this victory, however, the Lithuanian Trade Union Confederation (LTUC/LPSK) says the minimum wage is still too low and does not guarantee a decent living for Lithuanian workers, with many facing in-work poverty. The country’s monthly minimum wage is one of the lowest in the EU.

“LPSK argues that it should have been raised by at least €50,” said Inga Ruginiene, president of the Lithuanian Trade Union Confederation. “The minimum monthly wage would then amount to 50% of the average wage in Lithuania. We are strongly committed to working towards achieving this increase during the next negotiations with our social partners in 2019.”