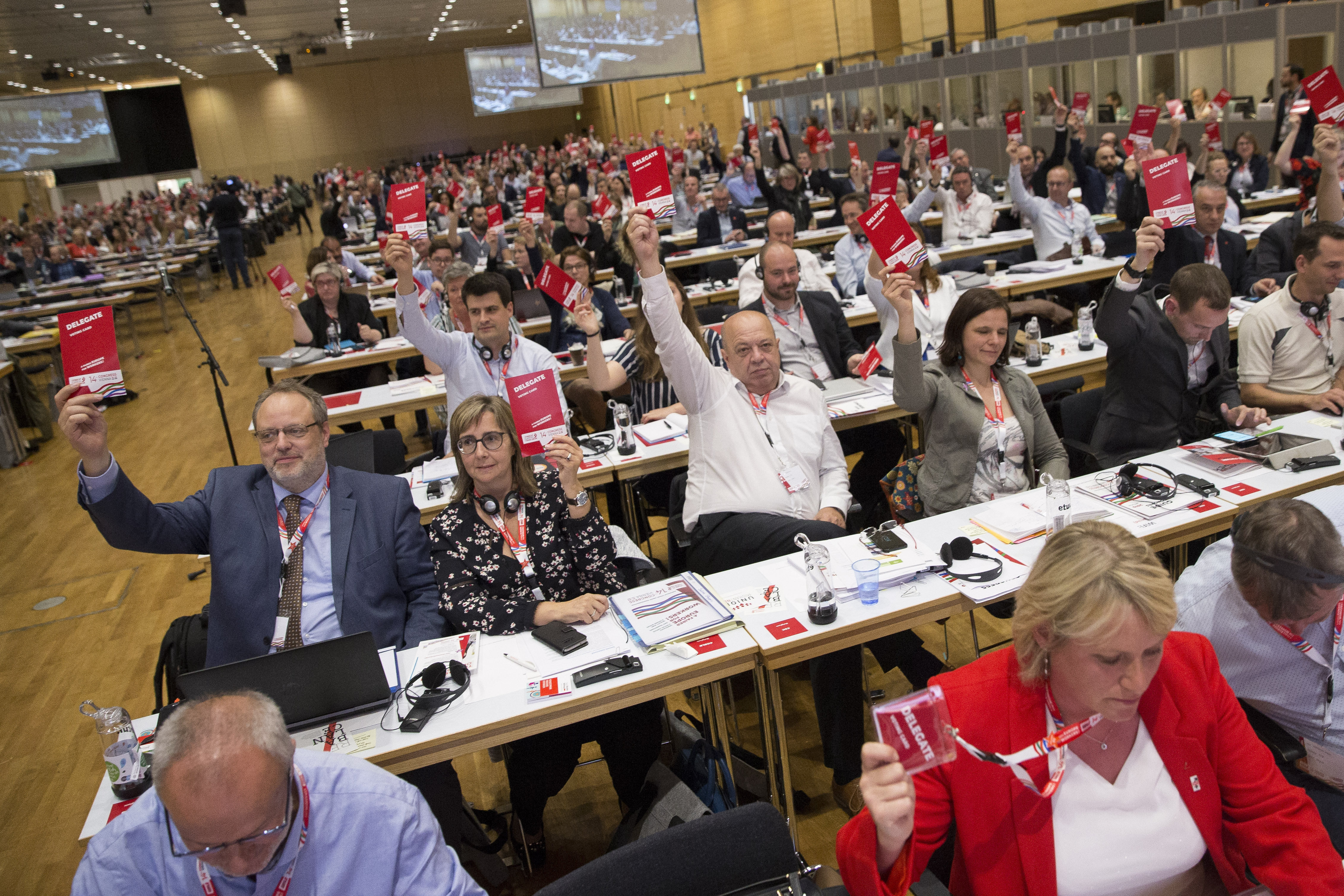 This Congress believes that all workers and their trade union representatives should benefit from EU standards on information and consultation rights not the least regarding restructuring.  Democracy must go beyond voting and include real involvement in political decisions as well as democratic participation in society and at the workplace. Workers should have a say in the planned decisions of their employers affecting their workplace. There are no valid reasons to discriminate between public, non-profit and private sector workers. Workers should not be excluded from those rights simply because their employer happens to be a public administration or other public authority, and not a company, private entity or non-profit organisation.

This Congress calls on the EU Commission to stop blocking the attempts of unions and employers in central government to end this unfairness. We call upon the Commission to change course and to respect the role of the Social Partners, to live up to its obligations under the EU Treaty and to put the Agreement on information and consultation rights for workers including civil servants forward for adoption in the form of a directive. The Commission should not take arbitrary decisions and interfere when the social partners bring an agreement for legislation forward to it, to be proposed to the Council, in line with Articles 152-155 of the EU Treaty.

This Congress is concerned about the wider implications of the Commission attempting to single-handedly re-write the social dialogue rules and procedures adopted in line with the EU Treaty.  We cannot accept this attempted rewrite of the EU Treaty Articles.

This Congress urges the new European Commission to discuss as a matter of urgency with ETUC and the European Trade Union Federations the process of the implementation of social partner agreements.

This Congress demands the new Commission make a proposal to Council for a Directive reflecting the Social Partners’ agreement’ that ensures that trade union representatives in public administration have information and consultation rights.