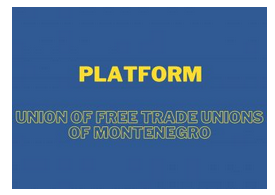 The Union of Free Trade Unions of Montenegro has adopted a platform setting out policy proposals for the newly formed government, covering the economy and labour market, taxation, public administration reform, social policy and trade union rights and freedoms.

The country – a candidate for EU membership - has undergone radical political, economic and social transformations in recent years, leading to tens of thousands of job losses and increased poverty. Some 70% of the workforce is now employed in the services sector, and there are significant differences in economic development and living standards between regions.

UFTUM proposes a new pattern for growth, relying more on domestic resources such as knowledge, innovation and productivity. “The current health crisis has exposed the shortcomings in economic policy and the entire system,” says the union. “Montenegro needs a radical transformation in economic, social, tax, environmental and other policies.”