Globalisation and anticipation of change require fundamental reform away from the current short-term corporate governance system, which prioritises shareholders’ interests and imposes the costs on workers (loss of employment, loss of income, skills, opportunities and often health…), towards a new approach based on stakeholder participation, a vision of a long-term, sustainable company, generating growth through high productivity and high-quality jobs.

To prevent exploitation in the context of globalisation, legislation is needed to impose a duty of diligence on multinational companies, making them responsible for monitoring and securing decent working conditions throughout their supply chain and contractors. Loopholes in the existing fragmented European corporate governance system must be tackled. 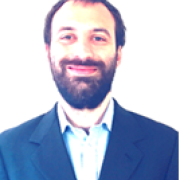